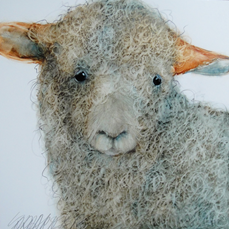 Eighteen items were auctioned off including “Mary Had A Little Lamb” an original water color painting by Sara Roger. The artist’s proof was also auctioned. Rogers also donated 150 signature limited edition prints to be split between the Spearfish Foundation for Public Education and the Spearfish Arts Center.

The annual “3 Cheers Tonight” fundraiser went well but the final tally was not available Friday afternoon.

“We were pleased with the results,” said Mary Pochop, a board member on the foundation.

Proceeds from the fundraiser go toward grants issued to teachers and administrators to implement innovative projects that the school district cannot afford to support.

Now in its 10th year, the foundation began in 2001 as a response to millions of dollars in cuts from the state.

In the 2010-2011 school year, the foundation awarded numerous grants to help an A-Z Reading Program at West Elementary School; the Making of Creekside Elementary School book for its students; bringing in savant Tony DeBlois at the Middle School and supported the “We the People” team at the high school along with many other activities and programs.